A downloadable game for Windows

Blood Bound is our submission to the Ludum Dare 44 !

The theme is "Your life is currency". So we made a card game with no mana. Instead, you have to summon your cards with your HP or by sacrificing other cards. Also, cards have a life too. So they grow old and vanish when they are too old.

You have a deck of cards. At the beginning of the game, you draw five cards.

At the beginning of each turn, you draw one card. Then, you summon a card. In order to do that, you have to pay its Blood Cost. For that, you may spend some HP or sacrifice other cards. A sacrificed card gives as much as its Blood Cost.

When your summoning is finish, the combat begins. The monster that you are trying to slain have hidden stats. The stats on your card are : the strength (the amount of damage it will deal), the speed (to determine how is attacking first), the armor (that reduces taken damages) and the health. When a card has 0 HP or less, it is destroyed and is removed from the game.

At the end of the combat, if your card is still standing, you have a choice. You can keep it and another round of combat will begin immediatly. Or, you can discard it. The card will go in your discard pile and will be healed.

The turns proceed until the monster has 0 HP, or you have 0 HP, or you don't have any card left. When your deck is empty, you shuffle your discard pile and make it your new deck.

Last game mechanics, your cards have an age (from I to IV). Each combat taken by a card give it experience. With an certain hidden amount, it will progress to the next age. Nevertheless, the older are your cards, the closer of death they are. Indeed, the age IV is death. Progressing to the next age will modify the stats of your card.

There are some bugs and the gameplay may be not very intuitive at first.

We are a group of five french students and we are mostly coders. But we tried our best to give you some good musics and arts ! 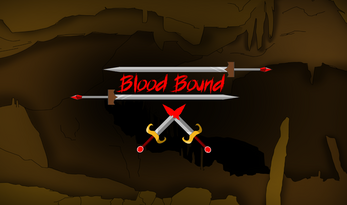